In a previous article, we talked about call tracking and how it can play an important role in keeping tabs on your marketing campaigns. In this follow-up article, we’ll talk about QR codes, which can be an additional useful tool in your marketing toolbox.

If you were to take a guess when QR codes first came out, what would you say? Five years ago? Maybe ten?

If you guessed anywhere in that vicinity of time, you might be shocked QR codes were actually invented in 1994. They’ve been around much longer than most people realize. But it’s true that they didn’t become much more widespread in use until the last decade or so. 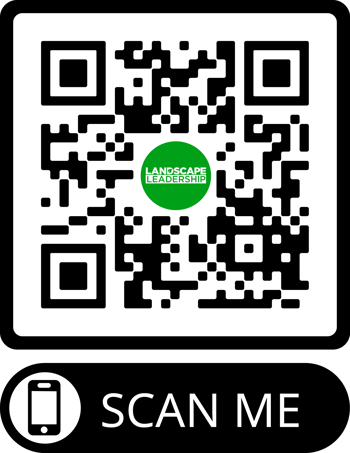 In fact, since the pandemic has driven us into a more “contact-less” environment, you might be seeing QR codes more than ever. Restaurants started using them for menus and many retailers for checking out at the register. You might even remember an ad from Super Bowl LVI that featured a bouncing QR code for Coinbase, a cryptocurrency company. That ad was so popular it actually crashed the app.

One reason why QR codes have recently seen more widespread adoption is improved ease of use. While users previously needed a special reader app in order to scan a QR code, today a phone camera will open them quickly and easily for anyone.

Though there are many clever ways to use QR codes, they were invented for the purpose of tracking and when it comes to your lawn or landscape marketing efforts, that’s why you might want to consider using them.

What Exactly are QR Codes and How Do They Work?

As we mentioned above, if you weren’t familiar with QR codes before the pandemic, it’s likely you became familiar with them during it. QR codes are the small black squares that have been described as looking like a twisted crossword puzzle. QR code stands for Quick Response Code and is essentially a type of bar code that can be scanned.

QR codes were developed in 1994 by a division of the Toyota Motor Corporation as a means of tracking auto parts during assembly. They were later adopted for other advertising and marketing purposes.

A QR code works very similarly to a barcode on an item for sale. All of the squares and dots may appear random but they actually represent pieces of information. When the QR code is scanned, its unique pattern is then “read” and translated into an action (sending you to a particular web address). 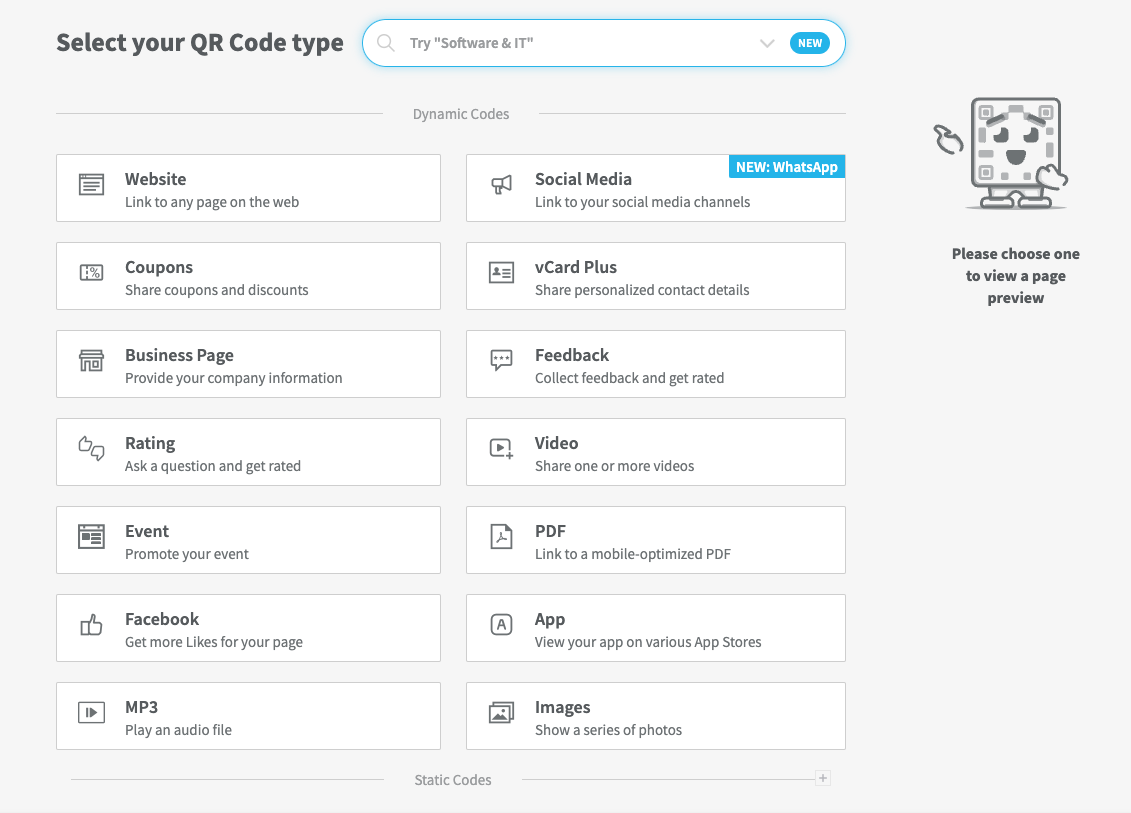 Whereas call tracking can be used to track information about incoming calls to your business, QR codes are useful for engagement from a mobile device. While they don’t make sense in all situations, let’s dive into where you can be leveraging the most benefits out of incorporating QR codes.

What Companies Should be Using QR Codes and Where are they Best Utilized?

Any Green Industry company that wants to send prospects to a certain page of their website could use a QR code.

The key is to use codes in a smart way.

We have seen some places where QR codes might not make a lot of sense. A billboard on an interstate, for instance, might not be optimal. It can take a moment for a prospect to get their phone camera open and they shouldn’t be doing that when driving anyways.

We have also seen QR codes as part of vehicle wraps and while that might work if your company vehicle is often parked when in motion, it might not be the best place.

Places where QR codes make a lot of sense are on all different forms of marketing materials.

Here are some of the most common uses for QR codes in marketing.

The benefit of having different QR codes on different marketing materials is that you’ll be able to track what efforts are working. Which piece of marketing material actually drove your prospect to take out his or her phone and find out more about your company? 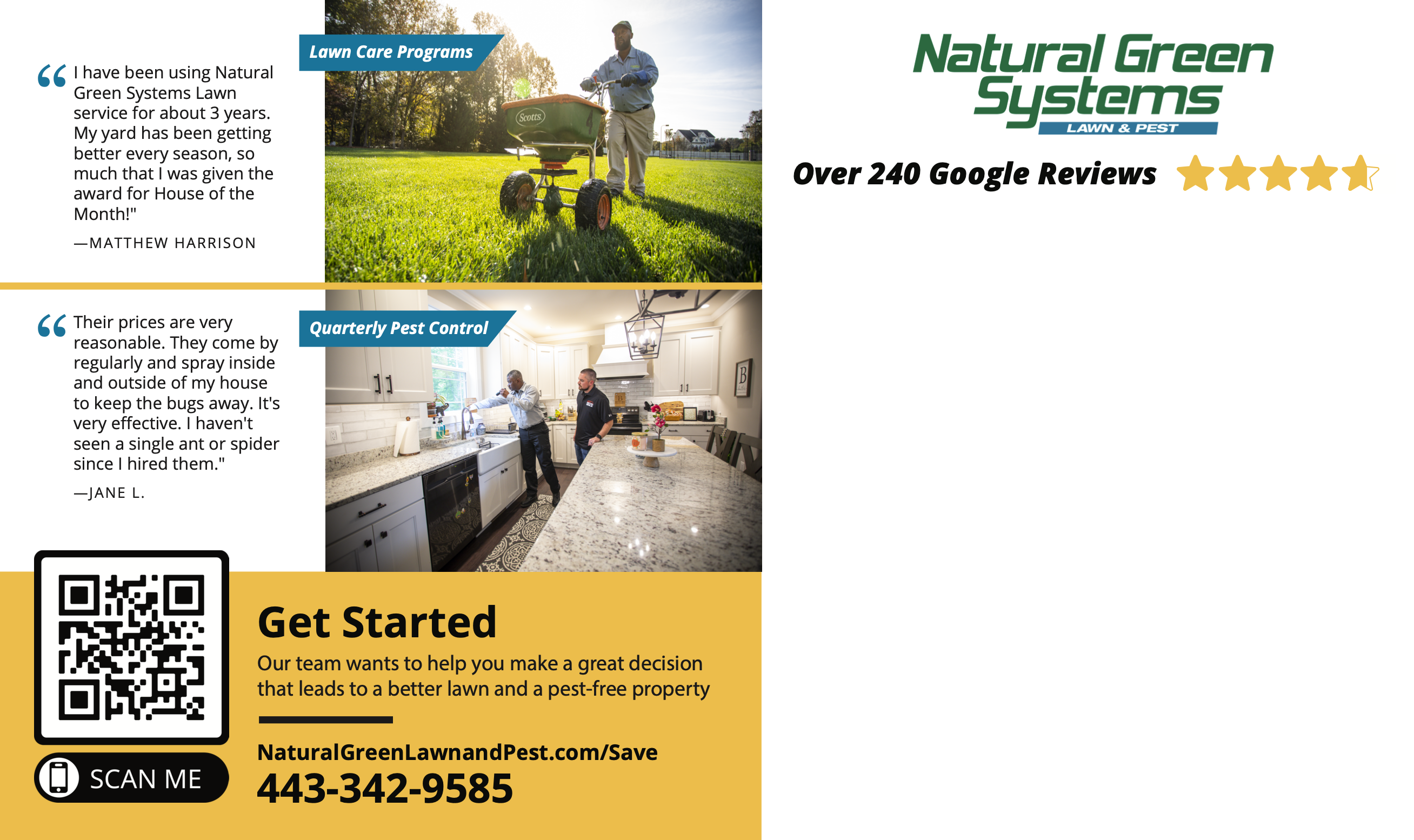 You can also have different QR codes leading to different landing pages, depending upon what that prospect is most likely interested in.

A great example of this is with our client Yellowstone Landscape. They had presentation packets that they would hand out at meetings with prospective clients. These were a folder with their logo and customized inserts based on who the client was (an HOA, a senior living facility, or an office complex to name just some examples).

These pages had different QR codes which would then lead the prospect to the exact page on Yellowstone’s website where they would get the most value. 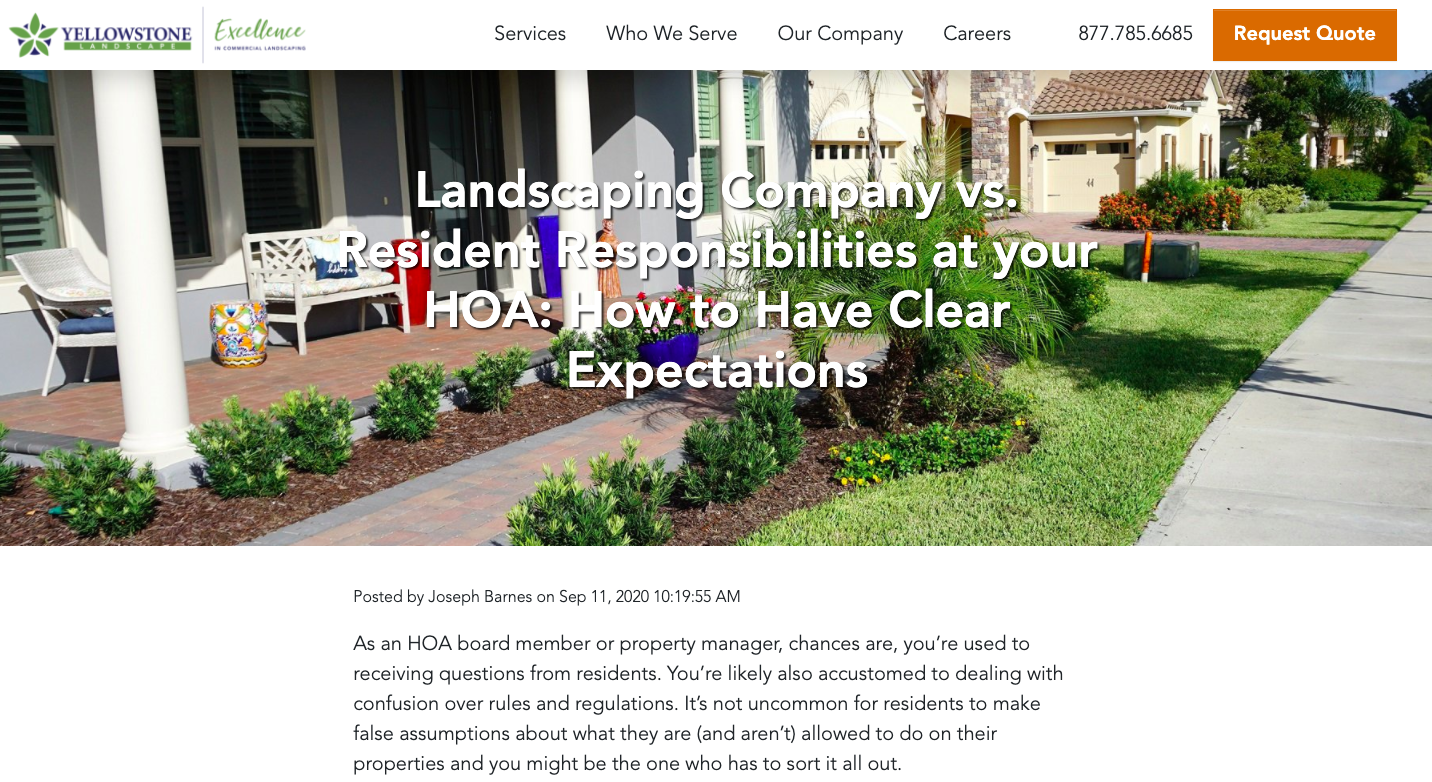 This is the perfect example of the way in which you can help transition a client from looking through physical materials to the exact place on your website where you want them to be. This will provide the prospect with an overall better user experience while also allowing you to measure what’s working from a marketing perspective.

Another great use would be any time that you are aiming to sell a specific service. For instance, say it’s fall and you are really promoting your lawn aeration service. If you have an amazing video that you’ve created about why people should aerate their lawns, you could include a QR code on door hangers that would take prospects to this video.

While print media obviously has its limitations and might not have been enough by itself to sell your prospect on aeration, your killer video just might help them convert. This is a great example of how QR codes can take a static experience with a door hanger to the next level by driving them online. Because of the simple ease of use of scanning a QR code (not having to type out a web address), prospects might be more likely to follow through.

Another use would be to use QR codes for hiring efforts. Print recruiting business cards created in both Spanish and English and give these to your crews to hand out when they run into friends or family. Those cards can include a QR code that sends them to a simple landing page where they can fill out a pre-screening form for a job. 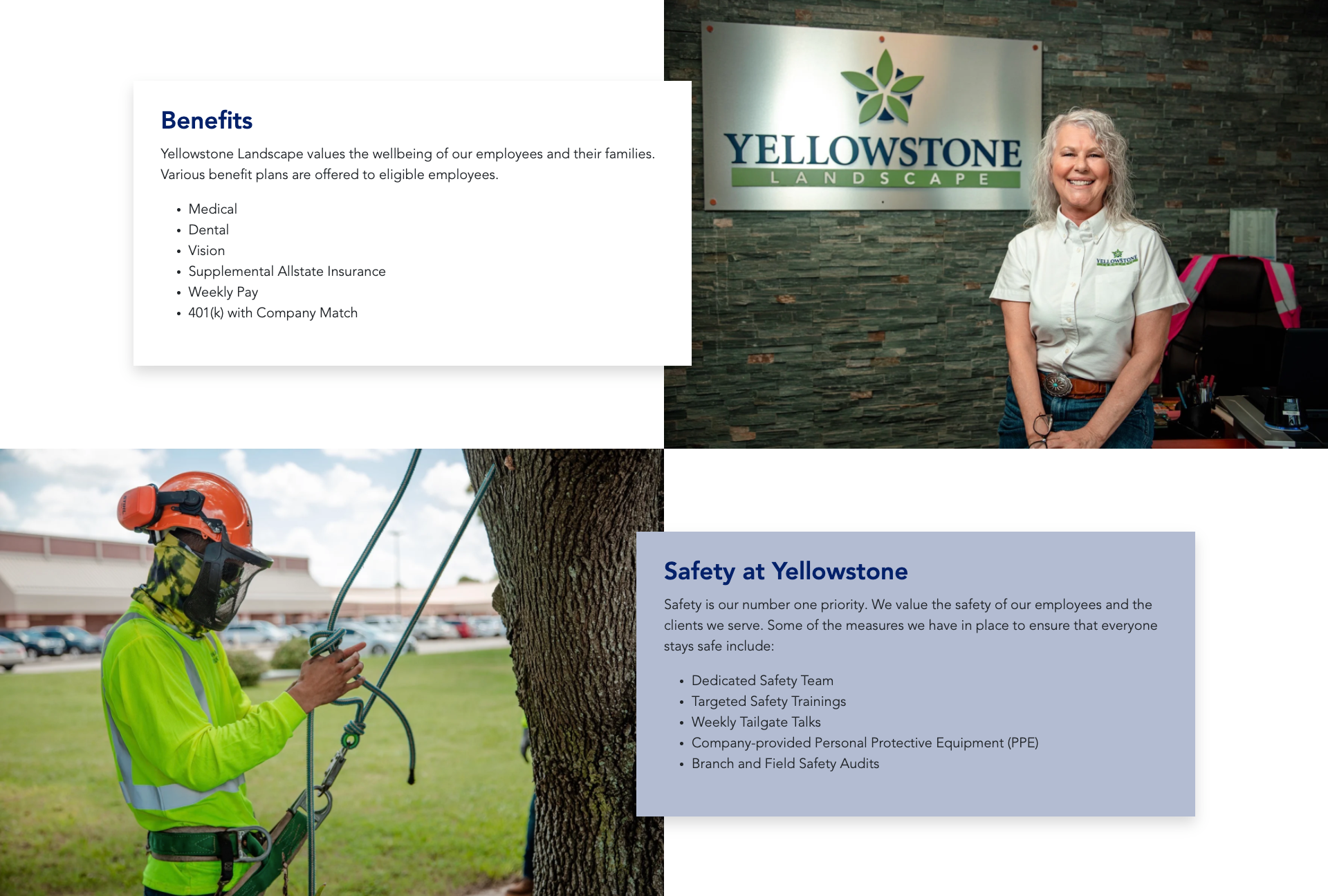 That is valuable information as you aim to make future decisions about where to invest in hiring efforts.

As we’ve mentioned, the trackability of QR codes is one of the biggest benefits of using them as part of a marketing campaign. You can have different QR codes all sending prospects to the same landing page, but this would allow you to keep track of which marketing efforts are getting you the most results.

Is most of your traffic coming from a magazine ad, a door hanger, or a postcard you mailed out?

Figuring that out can help you make wise investments going forward.

And, you can certainly use QR codes in conjunction with call tracking numbers. It makes sense to have both a QR code and a call tracking number printed on your materials as some people are going to prefer picking up a phone while others will prefer scanning a code. Some of that is generational and some of it is merely personal preference.

(RELATED READING:  Call Tracking 101 - How to Measure the ROI of Your Offline Marketing)

How to Create and Save QR Codes

If you do a search for QR code generators, you’ll find that there are a lot of options out there. Many of them will probably work just fine for your needs, but we’ll share what we like to use for clients.

We use QR-code-generator.com and our clients pay $12.50 per month. While it’s true there are free QR code generators out there, the services that you pay for will naturally give you more features. This includes the tracking data that you’ll want to view later to make marketing decisions. The website will track the results of each QR code, letting you see how many scans it received. 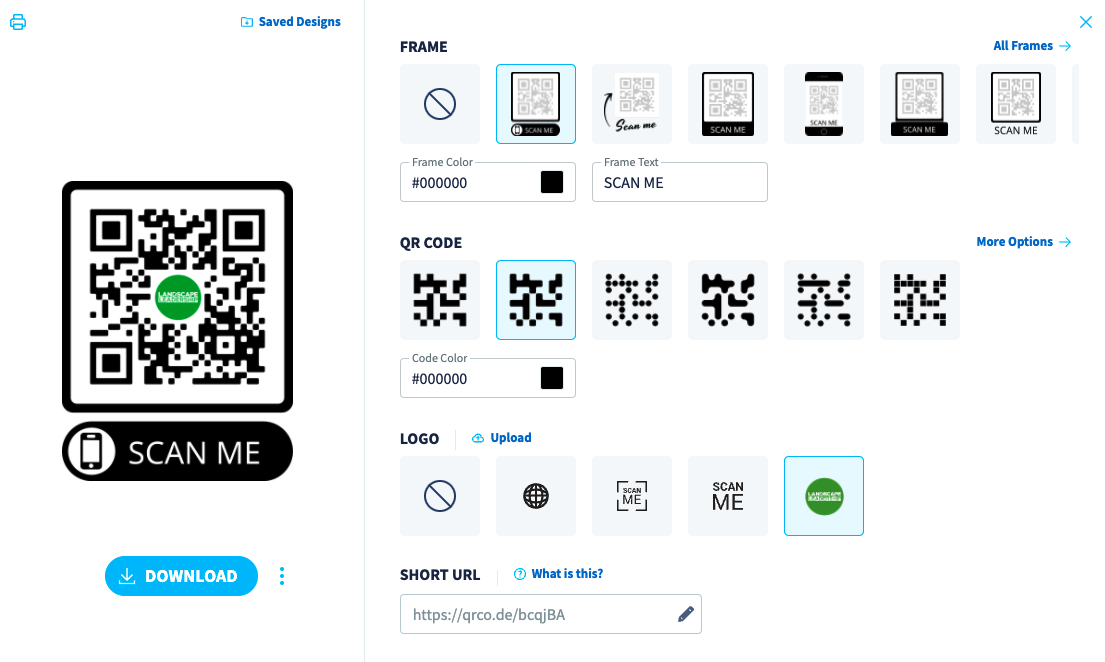 Once you are set up, creating a QR code is pretty simple. You’ll want to name the code for your tracking purposes (such as, “maintenance brochure code” or “spring lawn campaign code”). Then you enter the URL where you want it to direct prospects to, style it as you want (there are different frames and wording around it), and download the image.

You’ll then have that file to use for any print purposes needed. You can add your QR code to your various print media materials just like you’d add an image or a logo.

As far as size, using a reputable QR code generator should help set you up for success. You just don’t want the code to be too small. Most sources seem to indicate that a QR code size should be at least 2 x 2 cm so that it is easily scannable.

Another Tool for Success

Just like call tracking, QR codes are just another potential tool that you can use to build a successful business. They have the dual benefit of allowing you to track your marketing efforts while also driving an overall better user experience for prospective clients.

It’s important to remember that while some prospects will pick up the phone and call you, there are many who would be more likely to scan a QR code. By utilizing both, you are able to compile comprehensive marketing data that will help you make better decisions going forward.

This article is the second in a two-part series diving deep into how lawn care and landscaping companies can better track their offline marketing efforts. Check out the prior article on how to implement call tracking numbers. You can get this article delivered straight to your inbox by subscribing to our blog. Just add your email below. 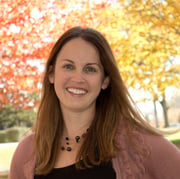